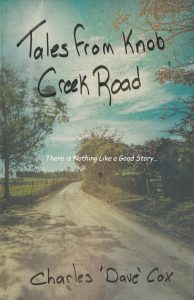 There’s nothing like a good story.  Charles “Dave” Cox has done it again, pulling us into the poetry and his storytelling. 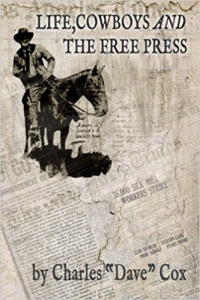 The following book has excerpts originating in a rural small town newspapers, police reports in the Ozark Mountains, and also passed down orally from family member to family member. The county and towns real names and the name of the local newspapers and persons will remain anonymous. The names are all fictitious. The stories are all based on real events and the dates are fictitious as well. Outside of a very few incidents they have all taken place in the county where the town still lay. It could be possible to believe they run the entire gauntlet from humorous to WHAT?! Life, Cowboys, and The Free Press presents another side to the life of a cowboy who has been on the right side of law and it’s humorous stories. Mr. Cox shares his poetry about love, riding, farm and ranch life, as well as remembering Texas and New Mexico memory. 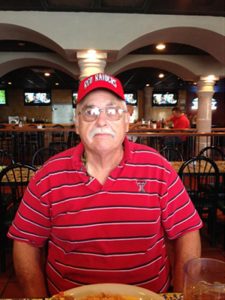 Mr. Cox served in Southeast Asia with the Air Force during the Vietnam War. After the military he returned home to Alabama where he attended college for one semester. He discovered that this was not the life he currently wanted. He had dreamed of going West since childhood and after meeting so many diverse people from so many different places he decided, why not.

Charles stuck out his thumb and with $300 and a duffle bag of clothes he headed for the great unknown. He lived in several western states and did too many different jobs to try and mention them all, some of his favorites were; ranch hand, horse wrangler, hunting guide, forest fire fighter, jewelry maker, oil field exploration surveyor and ships’ navigator.

A.S. degree in computer science and electronics from Midland College, Midland, Texas, and a B.S. degree in education from Wayland Baptist University in Plainview, Texas.

Charles Cox worked at Texas Instruments in Midland as an electronics technician for ten years. They closed the plant so for the next twenty years he taught high school algebra and geometry in Odessa, Texas with a three-year stint teaching G.E.D. classes in a medium security prison.

He and his wife raised three great children: one has a degree in finance but is currently a housewife in Anchorage, Alaska; his other daughter has a Phd. in music and teaches in Waco and Ft. Worth, Texas; his son is a mechanical engineer in Houston, Texas. They have three beautiful grandchildren that all live in Alaska. Mr. Cox is currently retired and he and his wife live in the Ozark Mountains of Arkansas.