Red Dashboard LLC Publishing has just released it’s first full length novel from a wonderful writer and editor – Pundit by Freedom Chevalier — “Cocaine, prostitution, poverty, exploitation, torture, murder: It’s the world of comedy, and there’s nothing funny about it.” K Johnson owns the Polaris, Toronto’s largest comedy club. Every night the comics who work there put on a killer show; everyone leaves with a smile on their face. Then the house lights come up and the façade is gone. For five years K has lost his bid to host the Sweetwater Comedy Festival to repugnant has-been television icon with a penchant for young male aides, Dickie Craig, and he can’t understand why. “*And what do I get for my efforts? A fuck you very much, K. And Craig? His place is shit! It’s a dive. It’s in the basement for Christ’s sake!*” K will not be a six-time loser and vows to do whatever it takes to win. But even he can’t do it alone. Standing on the shoulders of his best talent (including Lisse Bergen: The smart-mouthed, glass-closeted comedienne who’s been with K since the beginning, and Sheldon Currie: once the ‘Funniest Man in Vegas’ now impoverished and struggling just to get by), he sets in motion a series of events that even he could never have imagined. He’ll push himself and everyone around him to the breaking point. Fasten your seat-belts…not everyone gets out of this show alive. 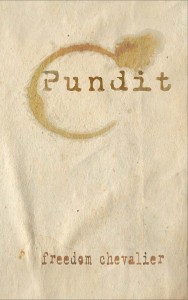 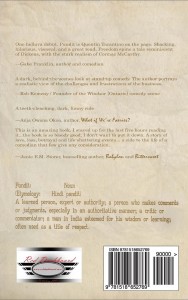 Author / Journalist Freedom Chevalier spent two decades on stage before saying さようなら (sayonara) to live performance at the ripe old age of twenty-five. Since then she’s written for nearly every medium on a myriad of subjects. Her primary focus these days is the devil’s triangle of Washington/Wall St./Hollywood (though she can sometimes be found in downtown Tokyo).

On a personal note, she lives with #MarcelTheCat, and her little dog, too, Tallulah…and she really has heard every possible joke about her name.

Additional information can be found on her website: www.FreedomChevalier.com 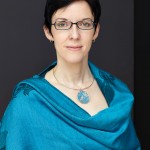