Red Dashboard LLC presents Joshua Gray’s newest book– A poetic journey, *Symposium* tells the story of Gray’s fight with Melanoma. His topics include hospital visits, side effects of medicine, mortality, and his skin. Ultimately, it is a story of hope and health that also focuses on Melanoma awareness. 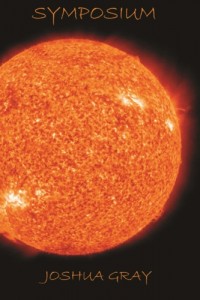 Steel Cut Oats is not a cookbook (although there are recipes in the last section); it is a book of food for the gods. Joshua Gray writes through the honest, curious eyes of all the families in our world. Gray surveys the heavens and moons above, and then cores them with metaphors for emotional satiety. He challenges stereotypes and spurs new revelations for his audience. He transforms food into life, and then back again to season its seasoning with these enticing poems. ~ Andrew Jarvis, author of The Strait 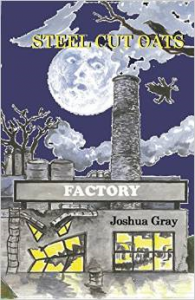 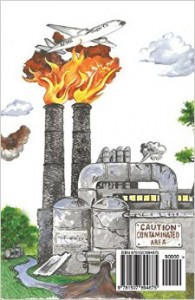 Principles of Belonging is a book length poem written in many different poetic forms, including Anglo-Saxon, Blank (Iambic Pentameter), Cynneghanedd (Welsh) and Sanskrit,  which is an ancient form of syllabic meter. Sanskrit is a historical Indo-Aryan language, the primary liturgical language of Hinduism and a literary and scholarly language in Buddhism and Jainism, and Gray adapted the poetic form into English. The poem follows four children who struggle for a sense of belonging that continues to elude them even in adulthood. Their lives come together despite large geographical differences and debilitating childhood experiences that include alcoholism, Indian Partition, poorly located hernias and a father with a big secret — eventually finding what they were looking for. 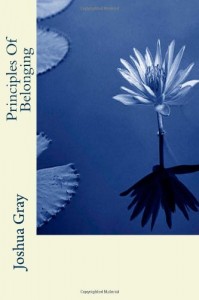 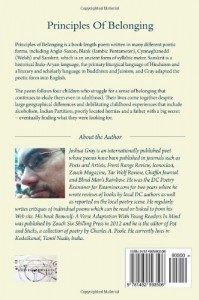 Witness the rawness of Benares, the heat and romance of Rajasthan, the cruel beauty of Goa, the spirituality of Rishikesh, the mysteries that surround Mussoorie, the traditions of Bengali culture in Calcutta and the remote wilderness of the Palani Hills through the poet’s eyes during his 1994 visit to India and subsequent move there 18 years later. 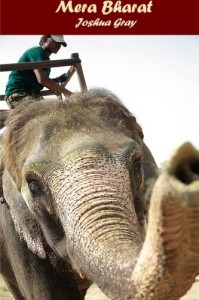 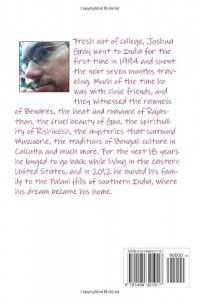 Joshua Gray was born in the mountains rural Northern Virginia, outside Washington DC. He grew up in Alexandria VA, two miles from the nation’s capital and spent most of his adult life in the suburbs of the city. He attended Warren Wilson College the mountains of western North Carolina, where he also spent the first few years of married life.

Always in love with the mountains, he now lives in Kodaikanal, Tamil Nadu, India with his wife and two sons.

He has been published in many journals, including Poets and Artists, Mipoesias, Blind Man’s Rainbow, Front Range Review, Iconoclast, Zouch Magazine and many others. For two years he was the DC Poetry Examiner for Examiner.com where he wrote reviews of poetry collections by local poets as well as articles on the local poetry scene. He is active on Twitter, Facebook, StumbleUpon and many other social media sites.

His first book Beowulf: A Verse adaptation With Young Readers In Mind was written for his oldest son when he was six, but as the title implies, it can be enjoyed by an older audience, including adults. It is available in softcover, hardback and electronic versions.

He is also the editor of Pot And Sticks, a collection of poems by Charles A. Poole, a reclusive man who lived a “Waldon” life similar to Henry David Thoreau. Poole’s poetry at times reminds Gray of Emily Dickinson, at other times of Ernest Hemingway.

He second book The Principles of Belonging is a book-length poem based on a true story, and his his third book Mera Bharat is a collection of poems about his experiences in India. Both books are published by Red Dashboard, LLC.