Grant Guy’s books are available with “Buy” button below each cover, we email consumer when book has been ordered and shipped with ETA. You can purchase via PayPal, Credit or Debit card, once you go to link. His complete list of books as you scroll down…

There Was a Farmer’s Wife 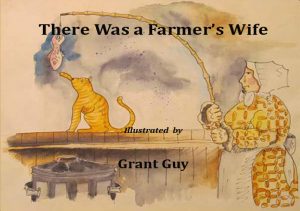 Fully illustrated by Grant Guy who took a classic children’s story and gave it a new twist.

USD Payment; Canadian below that

Blues for the Mustang 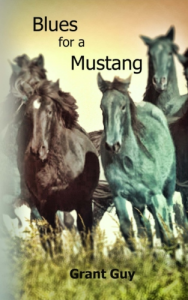 The Life and Lies of Calamity Jane 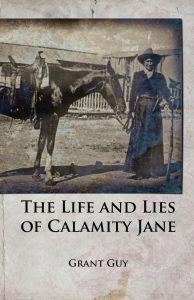 In the Old West there were not individuals,
only characters. Calamity Jane was certainly
a character. For multiple generations she is
an icon because she is fluid. She can be modeled
into anything we want her to be… In Hollywood
she was depicted by the likes of
Jane Alexander, Doris Day, and Francis Farmer.
Her whole life, as she crafted and reinvented,
were lies she manufactured.

Researching Calamity Jane, to find the truth
about her, uncovered were truths that could
spawn more lies, and truths that sounded like lies.
Both, lies and truth were incorporated into this book. 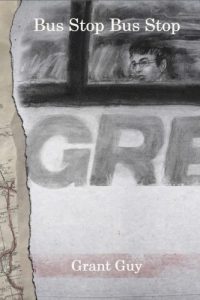 BUS STOP BUS STOP is a rolling confessional of prose poems and written portraits of saints and sinners, of human compassion and human intolerance seen through the eyes of a singular transcontinental bus passenger.

On The Bright Side Of Down 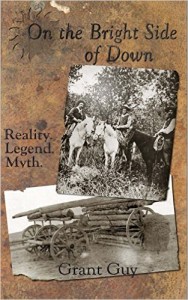 He takes us on a road trip across the changing landscapes of time, styles and form. Grant takes us to the last stand of Johnny Ringo, to the back-road circuses and sideshows that pulled their wagons across the Great Plains and Prairies of the United States and Canada, and growing up in a small town where hopes are big, temptation out of reach and outcomes undetermined. The living, the dead and the inanimate get a chance to say their piece, sometimes deadpan and sometimes tongue- in-cheek, in this collection of writings of truths, half truths and lies. 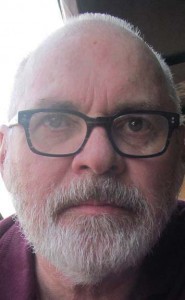 Grant Guy was born and raised in Western Canada, growing up and living in Winnipeg. Grant is a Winnipeg writer, playwright, theatre director and designer, having designed and directed productions across Canada. He has written a number of plays for his theatre company Adhere + Deny (1999 to 2014). His plays for A+D include Still Walking, Song For Simone and an adaptation of Paradise Lost. In his work on the idea of the Old West have appeared in his monologues during the 1980s and ’90s. He returned to the Western theme with his un-produced play Westward Ho, which eventually was turned into the short story The Go-Devil. He is continuing to write short stories, poems and subjective travelogues on the Canadian and American Old/New West history and myths. Grant’s writings have appeared in Prairie Journal of Canadian Poetry, Paper Wait, Canadian Dimension, Poolside, The Harold, the New Democrat, the Commonwealth, Flashpoint, Northern Light, Mid-continental and Lexica. He has written responses on art exhibits for Ace Art, Plug in Gallery and the Winnipeg Art Gallery. He has conducted readings of his work in the Winnipeg area. In 2004 he was selected for the Manitoba Arts Council’s Award of Distinction.

His works have appeared in many forms, but officially Johnny Ringo was serialized in Cowboy Poetry Press.com print anthology, Unbridled.