Two cents admits you to the underworld, a borderland of myth, sex, & logic. Meet yourself through the mercury of language. Lose yourself in a comedy of adulterous skeletons, twins disappearing in walls, and magic rites colliding with the modern world.

This book is worth devouring. It’s a dreamscape that combines hints of innocent fears, fantasy, and impeccable imagery. Kirshman shows us how he is able to bob and weave through the realities of day-to-day life in order to find his freedom. I walked away inspired. —Ryan Torres, author Poem, and Other Four-Letter Words 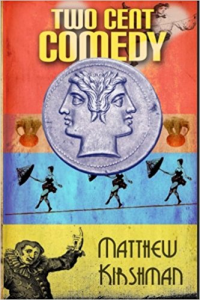 Arthur Z. woke before the alarm, pursued by a series of bothering dreams. He was a teen in English class with a kid punching him in the ribs. Arthur gasped for air. The rupture of sleep robbed him of any sense of having rested. Yet knowledge lay within the dream—some key to his general predicament. What was coming next… With its movement from place to place, moment to moment, image to compelling image partaking of the quicksilver logic of the unconscious, Matthew Kirshman’s Interpretation of Dreams confronts us at once with the emotional necessity and the intellectual impossibility of interpretation… 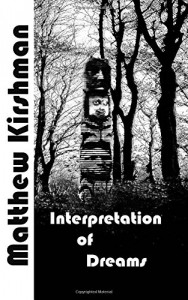 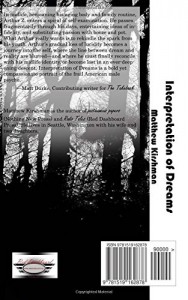 Enter a world where brain waves are reality—where life and language collide in an arena of signs. The mind of a refracted protagonist, Radio Tales is a triptych construction: a sci-fi dystopia, a coming of age tale, and a journey into mental illness. 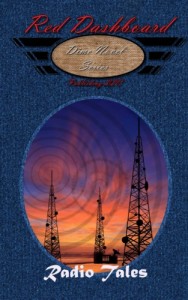 Matthew Kirshman lives in Seattle, Washington with his wife and two daughters. He is an English teacher, but before that had a varied career–telephone repairman, bartender, and cook, to name a few. His fiction has appeared in many journals and on-line magazines.