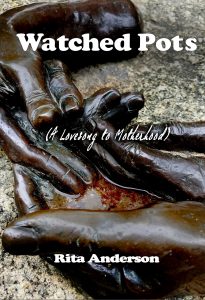 Watched Pots (a Lovesong to Motherhood) by Rita Anderson reflects an entire world of mother/child bonding. Memories of the poet’s own mother mix in as she heals herself in the midst of needing an extended family while raising a child alone in the heat of the deep south. Much attention is paid to Nature: missing four seasons of change and appreciating her son’s attempt to grow pumpkins in the yard commingle with Hurricane Katrina and the child making his first snow angel. Rita is adept at blending the small with the overwhelming and musing that raising a child is as much about lunchboxes and superhero underwear as it is about moving on and letting go with grace. Rich analogies abound–motherhood is this but it is also that. We are grateful that Rita is willing to create in an unmade bed where passion messes with memories and carries multiverses of Life and Love. —Donna Hoffman, Artistic Director of W.I.T. 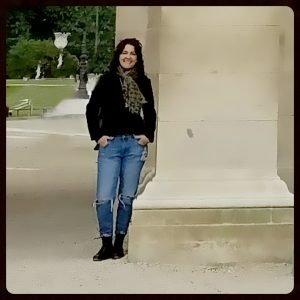 Rita Anderson, a member of Poets and Writers, Academy of American Poets, and ScriptWorks, has an MFA Creative Writing and an MA Playwriting. A published and award-winning writer.