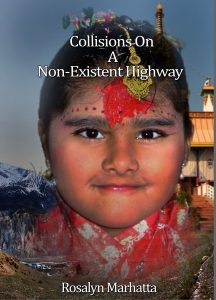 Red Dashboard LLC Publication presents a wonderful book of travel and Nepal, Rosalyn Marhatta– “As North Carolina’s Central Region Gilbert-Chappell Distinguished Poet 2013-2015, I mentored Rosalyn Marhatta. (Or was the real situation the other way around?) I knew immediately that her personal story and her poetry were unusual—special. The case wasn’t just that we’ve both traveled widely. Her poems tell her story but reach far, far beyond the personal. They generally outreach everyday experience and yet, with a rich and startling vocabulary, still entice instead of making the reader ask, “Do I have the time to work at understanding these?” They lure. Oddly, however, they can be read quickly but call out to be read closely. Rosalyn’s skill with language and its flow draws us in, makes us pant to find out where each one, each “flight beyond the ordinary” is taking us… —Lynn Veach Sadler, Ph.D. 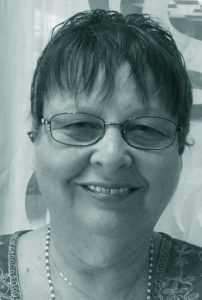 Rosalyn Marhatta spends her life in poem dreams, at open mics, and with friends and family. She has an MA in play writing and an MS in instructional technology. She has traveled the world and spent much time in Nepal and Saudi Arabia struggling with different cultures and finally embracing them. She has garnered three Pushcart nominations and one Best of the Net nomination. Her work appears in numerous literary magazines including Change Seven, Referential, Mused, Vox Poetica and Silver Birch Press as well as anthologies including Kakalak 2014 and Fire and Chocolate. This is her first chapbook. She lives in Greensboro, NC.